Painted Hearts Press decided to put the first books in this series, Books 1-12, out in 3 volumes--a great chance for readers who are new to the series to catch up on all the books. This series will be continuing through Book 15 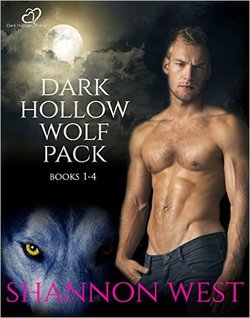 Volume One of the Dark Hollows Series--the one that started it all...
Alpha's Pet
Cry Wolf
Logan's Choice
Gabe's Alpha

​Night after night, Logan is having nightmares about a terrible massacre that happened years ago when he was a Hunter, and he can’t get the violent images out of his head. The incident is one he feels responsible for and someone is sending him reminders of the brutal killings and thinly veiled threats. Logan confides in Nicky, who tells him to talk to his mate, Ian. He urges him to tell the truth about the dreams, because "if Ian finds out from someone else, it’ll be over between you." When the rogue alpha who has been sending Logan the messages tells Ian what he knows, it severely damages his relationship with Logan. Logan runs from the pack, and when the rogue alpha attacks Logan, Nicky tries to intervene and is almost killed. A terrible divide opens up in the pack between those who think Logan may be guilty of the atrocity and those who defend him. Marco and his followers are on one side against the rogue alpha and his supporters, who want to take over the pack. Who will manage to gain the upper hand? Or will this finally tear the powerful pack apart and start a civil war? 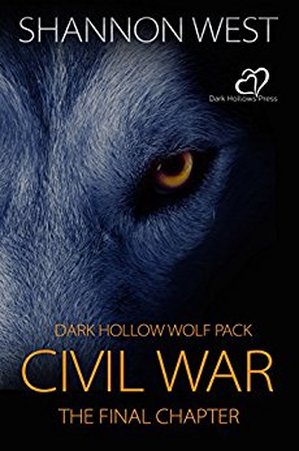 ​Marco has made the heart wrenching decision to leave the pack after a stunning decision by the council.   To add insult to injury, Ian, his beta and best friend, agrees with the council, and they have  asked  a new alpha to take Marco's place if he refuses.   Furious, Marco storms out, renouncing his leadership and vowing to start a new pack, one not bound by the old-fashioned laws and beliefs of the Dark Hollows pack. Joined by his most loyal pack members, Marco knows that the days ahead will be dangerous and challenging.

On an isolated mountain trail, Marco's pack is ambushed and attacked by the very men he once called friends.  Nicky, Logan and Landry are all taken, and something shocking happens, something so tragic that it stuns all the alphas and unites them in their need for revenge. With violence and intrigue swirling around him, Marco has to rely only on his instincts and his ingenuity. He needs to discover who his allies and his enemies really are if he and Nicky are to make it out of this alive.

Book 15--last in the series