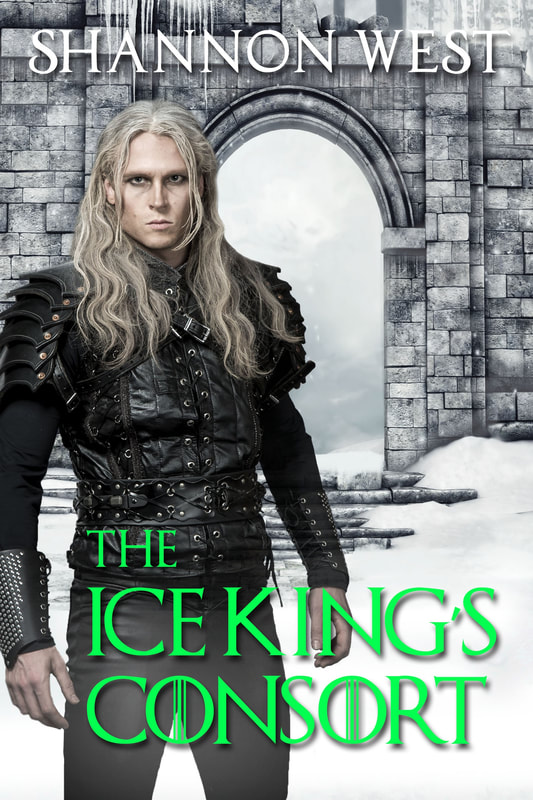 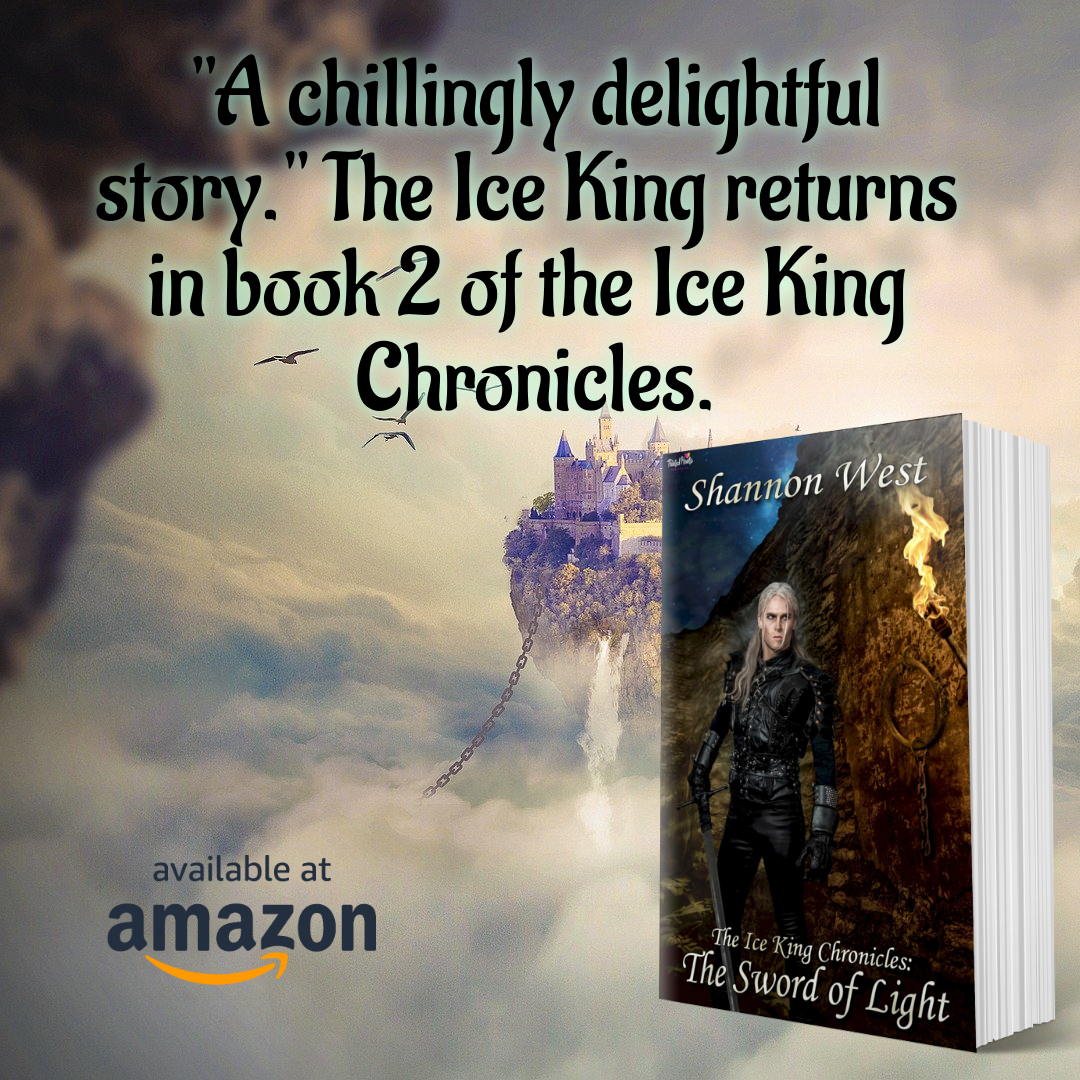 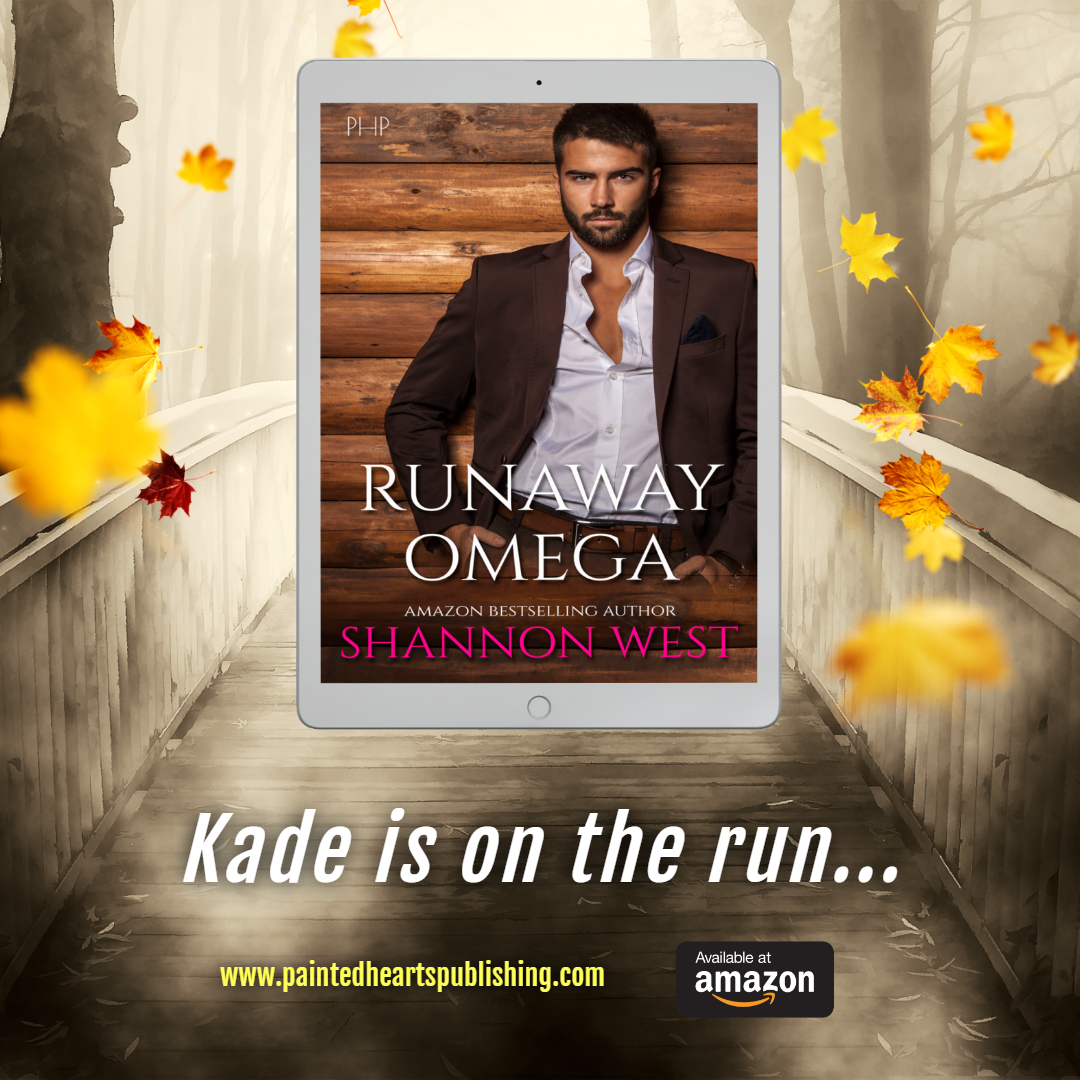 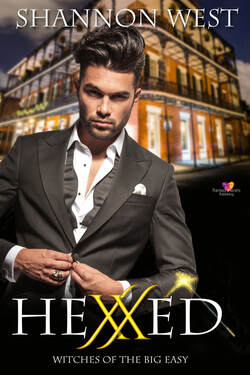 The first in the Witches of the Big Easy series! This is a shared series with T.S. McKinney, with a few co-authored books and our own individual books, but all occupying the same world, with shared characters.
Here's the blurb for Hexxed--
Self-exiled to New York for the past two years, Nic Gaudet never planned to return to New Orleans. But with the mysterious death of an old man named Abel Delessard, a member of a family of Cajun witches who were his own family’s greatest enemies, it seems he has fallen under suspicion of murder. He’s been accused by none other than the man’s grandson—and Nic’s former lover—Thibeau Delessard. Nic is furious and travels to confront Thibeau and his family in an official capacity—Nic is a member of the Legislateurs, the governing body of all the magic practitioners in the Big Easy, both the living and the undead. What he doesn’t expect is for all his old feelings for Beau to come rushing back in the moment he sees him again.
Thibeau Delessard had an excellent and heartbreaking reason to break up with Nic two years earlier, but it hasn’t been anything he could tell him until now. Secrets and lies separate them now as they did in the past, but soon, they find themselves back in love and back in danger. Someone is trying his best to use magical spells and hexes to kill Thibeau. Evil pervades not only the French Quarter, but also the old Creole style house where the Delessard family lives. A web of plots is closing around Thibeau and his family, and if Nic can’t find a way through it—and defeat the warlock magic with his own--they’re all going to die. A cursed diamond, an evil book of spells and danger surrounds them on all sides in this city where the veil is thin between this world and the next, and most especially, after dark.
​
Buy Link: https://www.amazon.com/Hexxed-Witches-Big-Easy-Book-ebook/dp/B07SCMG324/ref=sr_1_1?crid=3THB0Z53XLXF4&keywords=hexxed+shannon+west&qid=1581949322&sprefix=Hexxed%2Caps%2C247&sr=8-1 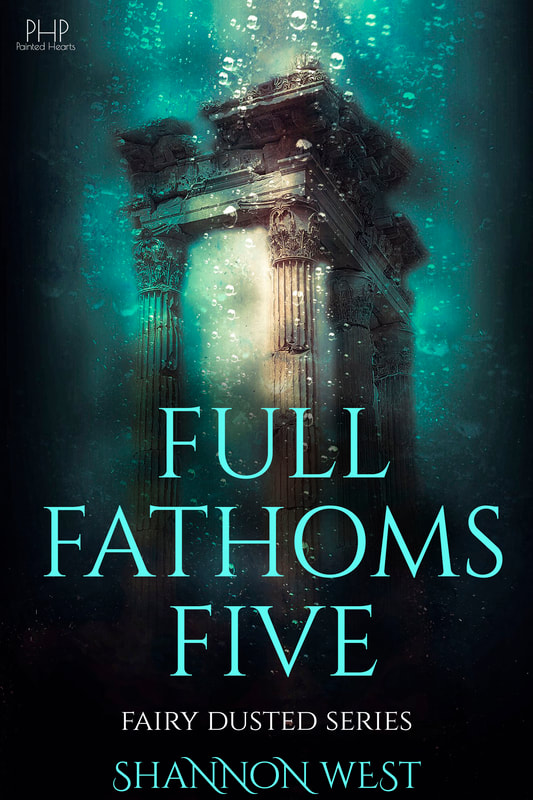 Selkies, Sea Witches
and a Mystery!

Amazon Reviews:
***** Five Stars all the way! What a great read! This is another Shannon West book to love. The world building is fantastic and the characters are engaging. I loved the chemistry between Bryn and Kace and the quest to discover the truth kept me reading until I finished the book in one setting. I highly recommend this book!

*****Five Stars! Beautiful love story that took me far away to a land of fairies, witches, and selkies!! Shannon West never disappoints her avid readers.

*****Selkie meets witch meets adventure and drama! I adored this book. Plain and simple. I hope this a huge series when all is said and done because there's just so much more I want to know and so many interesting beings to know about!
Contemporary Paranormal​ 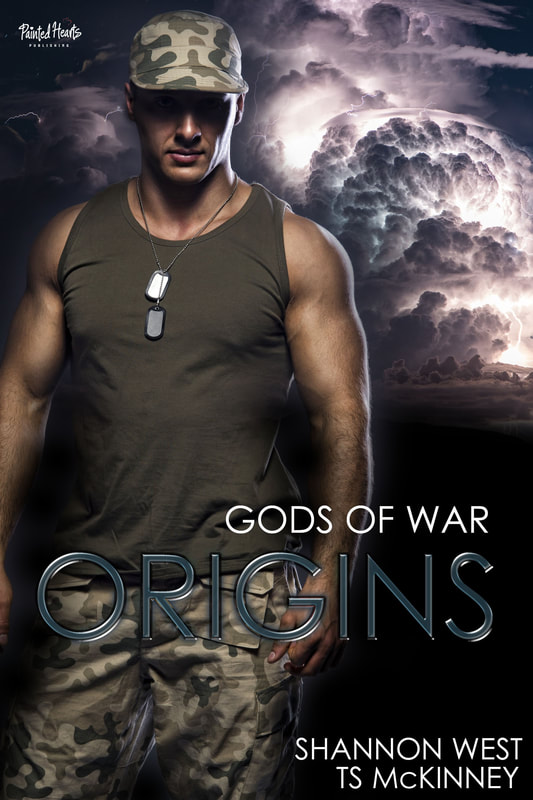 Former Army Ranger William Logan is serving hard time in Leavenworth for a crime he didn’t commit, with three months left on his sentence, when he’s approached by a recruiter for a private military group. The Red River Group provides security services to the federal government on a contractual basis, and they make him an offer he can’t refuse—a get out of jail free card and a chance to continue as a soldier, working as a hired gun. He’s sent to join a team already in training for their first mission. The new soldiers are all former elite military but also misfits, like Logan, and recently sprung from brigs across the country.
At the training facility, he meets company man and trainer, Luke Warren, a former Navy SEAL, who voluntarily ended his career early because of family concerns. Logan begins an intense relationship with the prickly, but beautiful man as they get ready for a top-secret mission against the drug cartels in Mexico. The team has to make sure that MARS, a highly addictive and lethal new drug, along with the factory that produces it, is completely destroyed. When everything on the mission goes wrong and the factory blows up in their faces, the team, who should have all been killed in the explosion, wake up instead to find they not only survived, but the now have impossible enhanced strength and abilities. Frightened and confused, not knowing who to trust, Logan leads the team in a run for the States to find a safe haven, forcing Luke to come with them. Logan splits the team to increase their chances to make it to their rendezvous, keeping Luke beside him. With violence and intrigue swirling around him, Logan relies on his instincts and his ingenuity to discover who his allies and his enemies really are. As they travel across the country, Logan and Luke begin to realize that they have to stick together and they’ll need all their newfound abilities and a lot of luck to make it out of this alive. 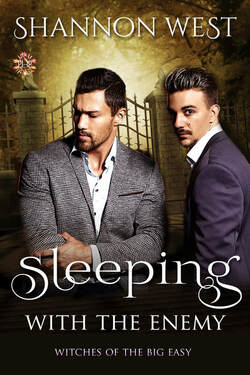 Available on
​Kindle Unlimited!
Nic and Beau have moved back to New Orleans and are planning their wedding but Taylor has secrets he's been keeping, and they're about to be revealed in a shocking way that could have deadly consequences.

“Don’t even think about calling him,” the note in Taylor's own handwriting read. "You'll regret it if you do." The note was posted on his refrigerator door to remind him never to make that mistake again, but he still can't forget the gorgeous, sexy man he met in London just six months ago--the man he fell in love with. Now that man has come back into his life, an unexpected and unwelcome guest at Nic and Beau's wedding, and unless Taylor can stop him, his visit will have deadly consequences.

Konrad thought it would be so easy to put his spell on Taylor, but nothing was working out like he planned. Everything about Taylor had been mysterious and unexpected so far and Konrad hasn't been able to figure him out. Who really is this man who seems to be Nic's guardian and best friend? Konrad and Taylor's love story had begun like a fairy tale, and it had all the elements of one— a love potion, a fairy’s curse, a bold, handsome hero and a magic spell. But there was one huge thing missing from their story, and that was the happy ending. When you're sleeping with the enemy, can there ever really be one? 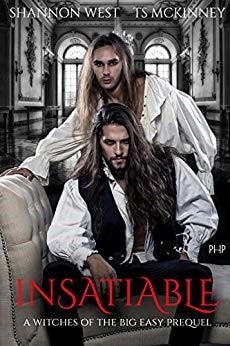 Available on
​Kindle Unlimited!
Vampire Slayer Valen Beauchamp has an old score to settle with Julian Montague. It all started in the year 1733, when Valen narrowly survives an attack by centuries old vampire Julian Montague, and even receives a minor bite when Julian’s teeth scrapes his skin before he manages to get away. The venom from the bite almost kills him, and he soon discovers that Julian is searching for him everywhere to either finish what he’d started or kill him outright. Neither option is attractive to Valen, so he flees to the New World. As time passes and he doesn’t age, however, he comes to realize that the vampire had perhaps not destroyed him, but instead cursed him with an unwanted gift—immortality.


When he learns that victims of deadly vampire attacks are dying in large numbers in Paris, Julian’s home, Valen decides he’s tired of hiding from monsters and travels back to Paris to use his formidable Slayer skills to end this thing once and for all. During a tense confrontation in the dark cellar of an opera house, Valen finds himself mesmerized, overpowered and seduced by Julian and finally succumbs to his charms. And even that wouldn’t be so bad if every vampire slayer in Europe weren’t out now to kill them both. Valen is falling deeper and deeper in love with the vampire while trying to figure out if the vampire who bit him is one of the good guys or not, and if their love will mean his ultimate damnation or his salvation. 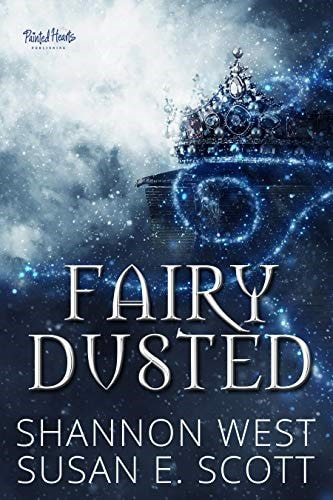 When FBI agent Cole Gregory is called to his bureau chief’s office and recruited for a special task force, he is confronted with the commander of the force, a handsome, enigmatic man named Commander Levi who makes Cole feel restless and uneasy. Cole learns of a world beyond our own, one entered only through special Blood Gates, into a world where Faeries and Demons rule, and where Fae and Paranormal creatures exist. These creatures are dangerous to humans, and the FBI has a secret special task force to keep the Blood Gates sealed. An astonished Cole is informed that he has been selected as a member of this force. While all that’s hard enough to believe, even worse is the way Commander Levi looks at Cole, as if he wants to consume him. When Levi changes into a powerful demon right before his eyes, Cole begins to wonder if he’ll even survive this encounter, or will this demon take possession of not only his body but his very soul?

Slade is another FBI agent and Cole’s best friend. When Cole suddenly goes missing and no one can explain where he is, he goes looking for him and stumbles into an open Blood Gate, where he encounters a powerful and handsome wizard, who tries and fails to send him back to the human world.

They seek help from others in the Realm and soon become caught up in a powerful war raging in the Faery Domain, one that his friend Cole, along with Levi, are already mixed up in. When Cole and Slade are both taken by the evil Faery king and slated for sacrifice, they realize they have to stick together and use all their training and a bit of luck to make it out of this alive.
https://www.amazon.com/Fairy-Dusted-Shannon-West-ebook/dp/B07GY2HP9K/ref=sr_1_1?keywords=fairy+Dusted&qid=1581967613&sr=8-1
Proudly powered by Weebly