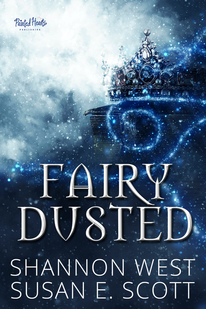 When FBI agent Cole Gregory is called to his bureau chief’s office and recruited for a special task force, he is confronted with the commander of the force, a handsome, enigmatic man named Commander Levi who makes Cole feel restless and uneasy. Cole learns of a world beyond our own, one entered only through special Blood Gates, into a world where Faeries and Demons rule, and where Fae and Paranormal creatures exist. These creatures are dangerous to humans, and the FBI has a secret special task force to keep the Blood Gates sealed. An astonished Cole is informed that he has been selected as a member of this force. While all that’s hard enough to believe, even worse is the way Commander Levi looks at Cole, as if he wants to consume him. When Levi changes into a powerful demon right before his eyes, Cole begins to wonder if he’ll even survive this encounter, or will this demon take possession of not only his body but his very soul?
Slade is another FBI agent and Cole’s best friend. When Cole suddenly goes missing and no one can explain where he is, he goes looking for him and stumbles into an open Blood Gate, where he encounters a powerful and handsome wizard, who tries and fails to send him back to the human world.They seek help from others in the Realm and soon become caught up in a powerful war raging in the Faery Domain, one that his friend Cole, along with Levi, are already mixed up in. When Cole and Slade are taken by the evil Fairy king and slated for sacrifice, they realize they have to stick together and use their training and a bit of luck to make it out of this alive. 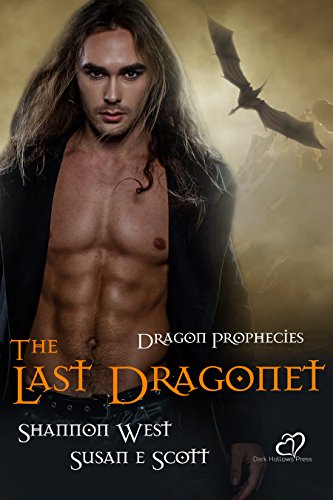 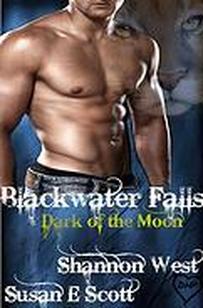 Blackwater Falls tells the story of a group of cougar shifters living in a small town in the mountains above Huntsville, Alabama. In Book One, Dark of the Moon, Census taker Jace Miller is sent to the remote town of Blackwater Falls to complete forms not returned by the local inhabitants. From the moment he sets foot in the small community, he realizes that something isn’t right, from the hostile reception he receives to the strange uneasiness of the residents. Sheriff, Hawke Sutherland has told him in no uncertain terms to get out of town by nightfall and to come back at a more “convenient” time. Angrily, he complies, but on the way down the mountain, his old truck quits running. Walking back up the dark mountain road for help, he hears strange sounds in the woods around him. When he’s viciously attacked by a huge mountain lion, he thinks he’s facing certain death, but awakes the next morning to find that handsome sheriff Hawke has rescued him. The attraction grows between them over the next few days, but Hawke makes one excuse after another not to let Jace leave. When Jace runs, the sheriff has him picked up and hauled back up the mountain. Why? Has Jace seen too much, and just what is going on in Blackwater Falls?

A Medium and an Extra Large Series from Dark Hollow Press 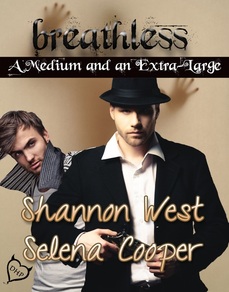 For as long as J.T. Whitlock could remember, he’d been able to see the dead and
talk to them. As a child, it had scared him half to death, but gradually he became aware that the images he saw—sometimes solid, sometimes shadows—weren’t going to hurt him. Or could they? When J.T. sees the spirit of one of his murdered students, Cody Baxter, sitting at the back of his classroom, he doesn’t realize at first that Cody is dead.
Then the police pay him a visit.
Detective Nathan Brickman, “Brick” to his friends, is attracted to the gorgeous young professor right away, but he senses J.T. is hiding something. And why does the professor keep showing up in his crime scene and interfering with his investigation? When the police find the murder weapon with J.T.’s prints on it, and J.T. tells them the exact nature of Cody’s wounds, Brick has no choice but to arrest him for murder.
Can a medium find true love with an extra-large detective? And how can Brick and J.T. find their way to each other when the spirits keep trying to butt in?

Other Books in the Series--Tempest, Book 2 and Revelations, Book 3

Tempest
After only three months together, J.T. is shocked when his lover, Detective “Brick” Brickman decides he needs a little “break,” in their relationship, just to figure things out. Heartbroken and angry, J.T. refuses to see Brick again or take any of his calls, and travels to Savannah with Penny, his friend and recently published new author to a romance writers’ convention in Savannah, Georgia. The old city is rife with stories of hauntings and mysteries and soon J.T. and Penny become embroiled in a mystery of their own. Who’s killing the bestselling authors at the convention and why has the killer suddenly targeted J.T.? With a hurricane bearing down on them and both Brick and his brother Scott trying to make it to Savannah before the storm hits, they’ll all be lucky to make it out alive.

Revelations
For the past few months, J.T. Whitlock has been happy with his dusty chalkboards and bored college students, because it means he hasn’t been bothered by any ghosts desperate to pass on messages to him. An English professor and a reluctant medium, J.T. is hoping for some uninterrupted time to further his relationship with "Brick" Brickman, a fedora-wearing, deeply closeted detective with the Atlanta Major Crimes Division. But who is the spirit person who begins appearing to J.T. in the park? And what does he want from J.T.?
Meanwhile, another young man, the nephew of Brick’s partner, has gone missing, and as a favor to the young man’s family, J.T. agrees to do a little sniffing around. His investigations bring him face to face with his ghost from the park and some startling revelations about the nephew’s activities. Brick has to defend his lover when other detectives question his involvement in yet another case, and they both have to figure out a way to protect themselves as more deep, dark secrets are revealed and J.T. becomes a target in a killer’s cruel games