Newest Mate of the Tyger Prince! 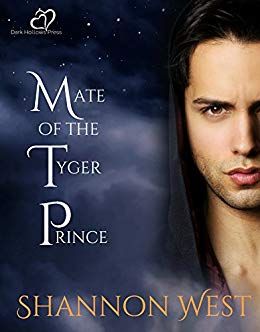 https://www.amazon.com/Mate-Tyger-Prince-Price-Book-ebook/dp/B019X09XXW
Diplomatic marriages between two members of different planets certainly aren’t unheard of—but for Prince Mikos of Tygeria and Col. Ryan Donnelly of Earth, it might just be a fate worse than death. The union is meant to end a devastating war that has lasted for over a hundred and fifty years, but when the female bride intended for the fierce, sexy prince runs away, her handsome brother is substituted instead. Men are for mating as far as the Tygerian prince is concerned, but the colonel also happens to be Mikos’s sworn enemy, not to mention being completely irritating.

Ryan is horrified to learn that the Tygerians not only expect him to take the place of his sister, marry the Bloody Prince of Tygeria, and go to live with him on his mysterious planet, but they also expect him to undergo physical alteration to have the man’s baby! And nobody is taking hell no for an answer. Ryan’s being asked to turn his whole life upside down and the handsome Tygerian gets under his skin like nobody else. But with the fate of the universe at stake, how can he say no? Can the two enemies put aside their differences and focus on making love and not war—not to mention a baby? As a powerful love struggles to take root, can they learn to trust each other and stand together against the forces that are trying to tear them apart?
Amazon reviews of the series--
*****The first time I found out about this series was when I saw a promo for book 8 and thought that it looked interesting. Of course I  wasn't going to start at book 8 and as the fates would have it, I was given the opportunity to review the series from the beginning. How cool is that!!!

*****This book had me hooked from the first page. I was thoroughly intrigued from start to finish. The characters are amazing and I could feel for both of the MC's.

*****Mikos is doing his best to stop the 150 year old war that his planet has had but his heart isn't in it. Being wed to a female from earth is not what he wants out of life but it's a diplomatic pairing and being the prince, it's his responsibility. So right away I feel for him. Then, his bride runs away and he is given the chance to mate with her brother Ryan. He is attracted to Ryan but Ryan has never had a relationship with another male and it's a fight to win him over. Only the fate of the world on his shoulders is enough for him to even consider marrying the prince. So, I'm feeling for Ryan too right? These two men struggle to come to terms with their new life (well, Ryan struggles to come to terms, Mikos struggles to get his mate on the same page as he is about becoming the father of his children and the love of his life) and then thing get interesting. I know, right? Like they weren't interesting enough? Nope, that's just the beginning of their story and it's quite the ride!

*****I've always loved stories with court intrigue, suspense, tons of angst and drama and this one  ticked ALL of my boxes for this trope! Shannon West has created a great universe and I can't wait to read the rest!
A Slide Show of the series: Available on Amazon and Painted Hearts Publishing
Proudly powered by Weebly