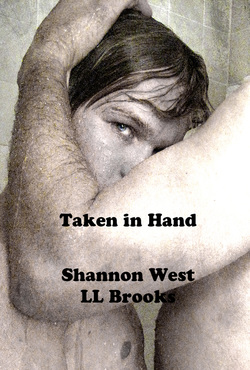 This
cock belongs to me now, Chad, until we end our
training.


The  Dom, a gorgeous college professor agrees to the charade, but warns Chad he will
have to strictly obey him when they play in the clubs, or when they interact
with his friends at his home. His friends know him to be a strong, experienced
Dom and won’t be fooled easily.


In  order to pull it off, Chad will have to be trained properly, and this will
challenge all he knows about himself.
As  his barriers break down and he finds out what it means to be submissive, he
learns to love his place at his Dom’s feet, not realizing he’s attracting the
notice of a savage killer.


LUCKY’S  OPINION: There is no way that Chad is going to go along with this
scheme. None. It’s not plausible, it’s not feasible, yet the thought of it
excites him when he knows it shouldn’t.

Several  murders have taken place. Doms and subs are being killed and the police want
Chad to look into it. The thing is, he has to agree to pose as a sub for Adam,
an experienced Dominant. Chad initially refuses, but is talked into it. Thus
begins this story of discovery, murder, mayhem, and kink.

Adam  agrees to help the police, but in exchange Chad has to agree to pose as his
submissive. The thing is Adam believes Chad truly is a sub, and that he’s more
than willing to train the young police officer. Chad is very headstrong, and he
doesn’t take kindly to orders, even though he’s at war with himself over whether
to obey them.

Eventually  Chad figures out that Adam is protecting him and taking care of him. He’s also
finding that he enjoys Adam making decisions for him, freeing him mind and body.
But when the killer strikes, will Chad be able to protect his Dom? 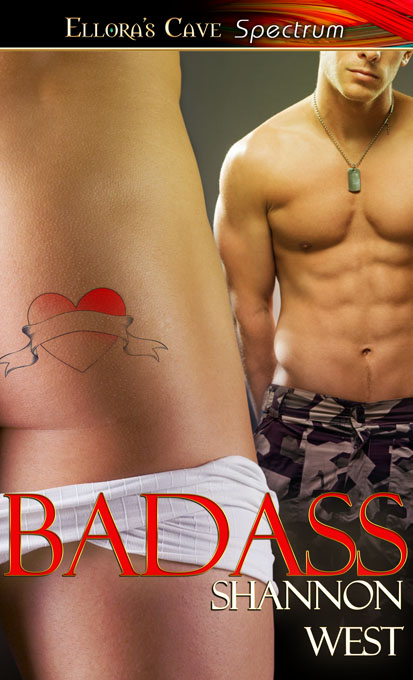 Review of Badass from Ellora's Cave

Nick and Brad had been best friends for years. One moment changed it all. Nick had more than 'friendly' feelings for Brad and he expressed them one night. Brad responded in fear and confusion. Their friendship ended. However, Brad has always regretted his harsh words and has taken a position at the college where Nick works. He wants his friend back and wants to find out if the love he feels for Nick is real. But Nick's not the same person and doesn't want to risk his heart again. It will take a lot for Brad to reach him.

Book Blurb for Badass Nick thought he’d been through just about everything life could throw at him, including being wounded in Afghanistan. He’s working as an ROTC officer at a university, and is struggling along. Then he sees English professor Brad, a ghost from his past, a man he’s wanted for many years.

Brad is straight, and when Nick tried to take their friendship to the next level, he lost a good friend. Now Brad is back and on a reckless mission. He has come to find Nick and discover if they can make a go of it as lovers. If they fail, they’ll lose each other—this time for good. Book Length: Novella